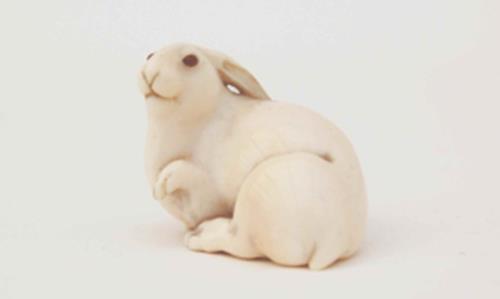 Moving house recently (and trying to whittle down contents to fit in a very small shipping container), I came across a box in my shed. It was full of programmes. Theatre programmes from Starlight Express and Phantom of the Opera. Some signed — family friends working in theatre would get all the autographs. Gigs through the ages: Transvision Vamp, Madonna, INXS, petering out in the 90s.

I loved collecting as a child. Or I loved beginning to collect. The idea of having a collection; my follow through wasn’t so strong. I started off obsessive.

I would collect turtles. I always liked turtles. Shared an affiliation with them. That desire to crawl under a thick shell and have a little rest. Before re-emerging into the light. Once, driving from Casino, the road was covered in turtles, so thick that Caron (my stepmum) had to get out of the car and sweep a path for us to drive through. I was afraid of squashing them. Not toads. But collecting involved finding them in op shops. Too hard.

I would collect posters of Duran Duran. I bought magazines and albums with free posters inside. Until there was no more room on my wall, and Simon Le Bon (and his voice) was starting to wear thin.

I would collect autographs. Travelling on a plane to visit my dad in the school holidays meant I saw lots of ‘famous people’ (as I called them) at the airport. I remember Crowded House. The guy who sang What About Me? (not Shannon Noll, the other one). Peter Garrett. Rolf Harris. I was often too shy to ask them directly to sign and my poor parents would have to approach, me snuggling behind them, awestruck. I did speak to Rolf on the plane and he drew me a little cartoon of himself in red pen.

I would pore over these signings later. I still have them and the traces (getting fainter) of pen on paper charge me with a thrill at the touch. Even though there’s many names I no longer even recognise.

When I was 15, I won a dancing competition at Melbourne’s Festival Hall. I got up on stage with the cast of Neighbours (Kylie, Jason, Craig) and received my prize from Molly Meldrum. I won for doing that strange kind of hand dancing we used to do to The Cure in the 80s, flickering your hands near your face, and Kylie was the judge. These days it would be on YouTube and I could link to it. Thank god it wasn’t these days. The prize was a black T-shirt, promoting a road safety campaign, and had their autographs quickly scrawled on in red pen. I still have it folded in my cupboard, uniting Kylie and Jason forever, and every now and then think: must get that framed.

Nowadays, I seem to have lost my connection with early collections. The programmes in the box no longer held any special appeal. The DVDs (where I rapidly consumed director by director: David Lynch, Coen Brothers, Martin Scorsese, Hal Hartley — where are the women I ask myself?) now seem cumbersome in the days of online streaming, as I lug box after box interstate.

I also like to read about collectors. Or any obsessives really. I like the detail, the narrowing down. A good enough writer can make you enthused about their collection, no matter how small (or large), and make you want to start collecting yourself. This was the case with Edmund de Waal, the author of the family memoir, The Hare with the Amber Eyes. de Waal is an artist (a potter) and he sees the world with a unique slant. He uses the collection of netsuke as a starting point to branch off into a family history, then a history of anti-Semitism in Europe, then a background to World War II in Austria, then the re-emergence of Japan under US occupation.

The strength of de Waal’s writing comes in his ability to focus in on the detail, describing the beauty of the netsuke, how they are handled and adored, and then to step back, to frame things in a bigger picture, and write with such emotional force (even though it appears at first, subtle), to wind you, knock you around. His descriptions of the Nazi invasion of Austria, and the family home in Vienna, give a visceral experience of what it must have been like to be trapped in every sense, to be gradually stripped of your belongings, your heritage, your identity. If you left it too late, you had nowhere left to go. His writing power comes from a rare talent: the ability to weave historical research and factual accounts into a spirited and moving narrative: it’s an unforgettable read.

Like de Waal, I return to moments in my childhood. I always come back to the autographs. I have a shelf of treasures. A line of books stretching from the 70s, that have one thing in common. They’re all signed by the author. Many have inscriptions. I prefer those I’ve waited in line to get signed myself (Jonathan Franzen) and ones where kind people, like Denise (my mother in law) have lined up too (Margaret Atwood). I like to have my name in there (To Kirsten…), the promise of that, rather than a signed edition from a pile near the counter of the bookstore. If I had the money I know I’d get truly obsessive about first editions. Tracking them down with detective work (like John Baxter).

Perhaps, in a sense, as you begin on a new piece of writing, it’s always a process of collecting (like a bower bird, how I see myself): the beginnings of an obsession, the reams of research, the snippets of conversation noted down, the focusing in on the small items, the branching out to make connections.

Just writing about it makes me want to start a new collection.

ANY IDEAS? ARE YOU A COLLECTOR? I’D LOVE TO HEAR WHAT YOU LIKE TO COLLECT…

WHAT DID YOU THINK OF DE WAAL’S BOOK? KNOW ANY OTHER BOOKS ABOUT COLLECTORS?