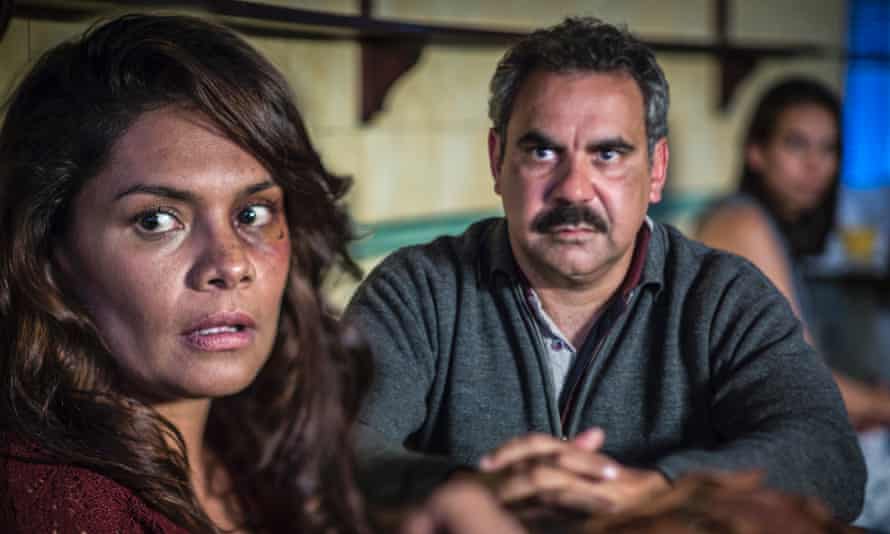 TV’s True Detective has started off a conversation, the idea that long-form television series can be compared to the ‘old novel’—most notably 19th century serialisations—offering viewers the chance to develop along with the characters on a week by week basis as the episodes screen live to air: to confront their lies and peculiarities, to see structural and psychological changes, to find compassion even when they do diabolical things.

Charles Dickens’ and Alexandre Dumas’ novels often started out as instalments in magazines or newspapers, giving readers the opportunity to see the characters gradually emerge over months or even years, before the entire series was published as a novel. Television in the US (and it’s starting to change in Australia) is giving writers the freedom to challenge conventional TV wisdom by offering philosophical meanderings and deep psychological insights, compassion for the building complexity of characters who are initially difficult to like, the chance to draw on a number of intertwining perspectives, and movement between main and minor characters as the series unfolds. Central to many of these shows—Girls, Homeland, True Detective, Rake, Redfern Now—is an argument for empathy for those stuck in a wasteland of socio-economic-moralistic ambiguity, where the rage against the machine is no longer heard, where characters—and viewers—are no longer sure where they are placed when it comes to the slippery line between good and evil.

We Are All Refugees

In Rake, Frank the priest (Tony Barry)—who Cleaver (Richard Roxburgh) visits regularly to ‘confess’ —argues that “we’re all refugees in one way or another.” And it’s this idea that underpins most successful contemporary TV series, where we grow to care intimately about characters who are outsiders, drifting aimlessly, despite (and because of) their exposed flaws.

In Redfern Now, the residents of the inner-city suburb are shown to be displaced even on their own turf. Aaron (Wayne Blair) is ostracised within his Indigenous community, for being a copper and for letting a man die on his watch. When he walks down the street he takes his granddaughter “as a shield” against the hostility of local residents. Allie (Lisa Flanagan) tells him he’s “not a proper blackfella,” even when he has just come to the front door to help after her husband has assaulted her. Listening to karaoke at the local pub, Aaron is refused bar service and Allie stops mid-song to confront those judging her bruised face. They’re united in their exclusion: Allie asks if she can join his “leper colony.” When they go out on their first date to a ‘flash’ Japanese restaurant in Surry Hills, Aaron says to Allie as they are walking in, “We’re Brazilian, not blackfellas—remember?” to put her at ease.

In Girls, Hannah (Lena Dunham), an aspirational writer, doesn’t fit into the NYC ideal of heavy-hitting glamorous go-getter and stands on the outside looking in. She is often seen naked, her voluptuous, soft un-Hollywood body a revelation with its unsexualised bulges. Watching her with Dunham’s neutral gaze, we want to be exposed to her, even when she’s grating—and she can be (in that funny, neurotic way that Woody Allen and George Costanza can be). When Hannah’s editor dies, she feels nothing, only concerned about whether her e-book will still be published. Attending her editor’s funeral, she cries, “Oh my God! I think I see Zadie Smith. That is definitely her.” Just when we’ve had enough of Hannah’s solipsism, the focus pulls back and we see her in bed, counting everything in eights, contending with OCD, sticking a Q-tip in her ear so hard she ruptures an eardrum, alone, cast aside and so vulnerable it wounds us too.

The limits of compassion

The ABC’s Rake has become ever more expansive, series two taking Cleaver Green to the limits of our (and other characters’) compassion. He’s like the Aussie larrikin (the questionable stereotype that our identity is apparently based on: mischievous, rowdy, a lad) taken to the extreme, to the point where he’s completely devoid of charm, in a slow process of disintegration. When Cleaver gets out of jail he’s repeatedly punished for his casual neglect: by the young man (Dan Wylie) who stands (too close) by him in prison and then kills himself; by the son (Keegan Joyce) who accepts Rake’s failures with complete and unnerving clarity; by the wife (Caroline Brazier) who has literally moved on and sold the family home; by the woman (Jane Allsop) who refuses to sleep with him and ends up in hospital three times as victim of Cleaver’s suspected domestic violence. At one point, the show’s sleazy TV show host, Cal McGregor (Damien Garvey), asks, “I mean, what country are we living in, people? The United States of Self-Interest?” It’s only when Cleaver finds an emotional connection and empathy with his clients—one, a priest (Paul Sonkilla), who reveals his brother, also a priest, was a paedophile—that he starts to win his cases. And the wider scope of Rake, which gives the second series its pace, is that it’s always up for seeing through systemic oppression and hypocrisy, exposing upper class cruelty, the cover-ups and silent witnesses among the silks, the Gina Rineharts, the tax lawyers, the priests who look past sexual abuse, the pollies who rely on polling for their shifting morality.

In Homeland we are continually forced to navigate large-scale hypocrisies and cross narrative boundaries where the line between good and bad is not stretched thin, it is completely gone. Both CIA ‘case manager’ Carrie (Claire Danes) and ‘terrorist’ Brody (Damian Lewis) are shown to be worthy of respect yet deeply conflicted, and their lives are often paralleled: Carrie is forced against her will into a mental institution for bipolar disorder, Brody is strapped down in a high-rise slum in Caracas, reliant on heroin to deal with the horrors of incarceration. Carrie and Brody are seen as the heroic anti-heroes because they are guided by intuition and how they relate to others, compared with the failures of the large impersonal corporations they work for. The turning inwards and isolationism of US culture and policy at large after September 11 is exposed in Brody’s being turned over by the US to his Islamic torturers. Forced to perform his prayer rituals while cowering in a corner of his locked garage, he is seen as unforgivable: a US marine who has converted to Islam.

With True Detective, the main characters Rust (Matthew McConaughey) and Marty (Woody Harrelson) come to us fully formed. Like babies seen as ‘old souls,’ they appear as if they’ve been here before, lived other lives. This is accentuated by the opening sequence with its cinematography by Australian Adam Arkapaw (Animal Kingdom; Lore): we feel like we inhabit the landscape, and the language, of these men. The opening image arrests us. We begin in a cane field, looking at a tableau of a naked girl, her body purple-hued, huddled in prayer position, delicate antlers crowning her head. A deer in the rifle sight, she sets the detectives off into a meandering expose of Southern comfort and culture, how men relate to one another, and how they fail to communicate. As the men look longingly at the pretty, dead prostitute laid out in extreme closeup on the slab, she is, in all her glory, ‘fridged.’

But when the women are alive, they get to the heart of the matter very quickly, and perhaps this is a problem for the shape of the overall narrative. It takes Marty’s wife Maggie (Michelle Monaghan), who’s not a detective, five minutes to find out what Rust has been concealing from Marty for months. Perhaps if the series let Maggie speak more, she would get past the bullshit and solve the crime, and the show would be over in an hour. The exciting thing about True Detective is that the men are deeply flawed, contrary, enigmatic and compelling characters—but portraying women as ‘whores,’ ‘crazy bitches,’ ‘teenage sluts,’ ‘corrupted innocents,’ or the open-all-hours attractive women that sagging Marty seems to seduce with ease, ultimately reduces the series’ dramatic possibilities.

While Australian TV series writers and creators don’t yet have the lit-celeb status of those starting to tour here (like Vince Gilligan, creator of Breaking Bad, and David Simon, who crossed boundaries with The Wire), shows like Rake and Redfern Now are pushing characters beyond the usual conventions of prime-time TV, blending dysfunctional family dynamics, occasional tragedy and off-the-wall humour. Like their 19th century counterparts, some people are happy to view their show at the same time each week, sometimes waiting months for the final instalment. Meanwhile the impact of iView, Apple TV and illegal downloads means more viewers are binge-watching entire series, just to keep up with social media conversations. Either way, the new-found popularity of TV series is forcing writers to keep up, to create characters that invite intimate connections, stimulate discussion and open up new narrative possibilities for increasingly demanding viewers.

This article was originally commissioned for the April-May 2014 edition of RealTime, which focuses on Art, Empathy and Action. Check out the full edition.

WHO ARE YOUR FAVOURITE CHARACTERS IN TV SERIES?

DO YOU STICK BY THEM EVEN WHEN THEY’RE ANNOYING?

Author Kirsten Krauth aka Wild Colonial Girl is now on Facebook. If you could LIKE I would really LOVE.