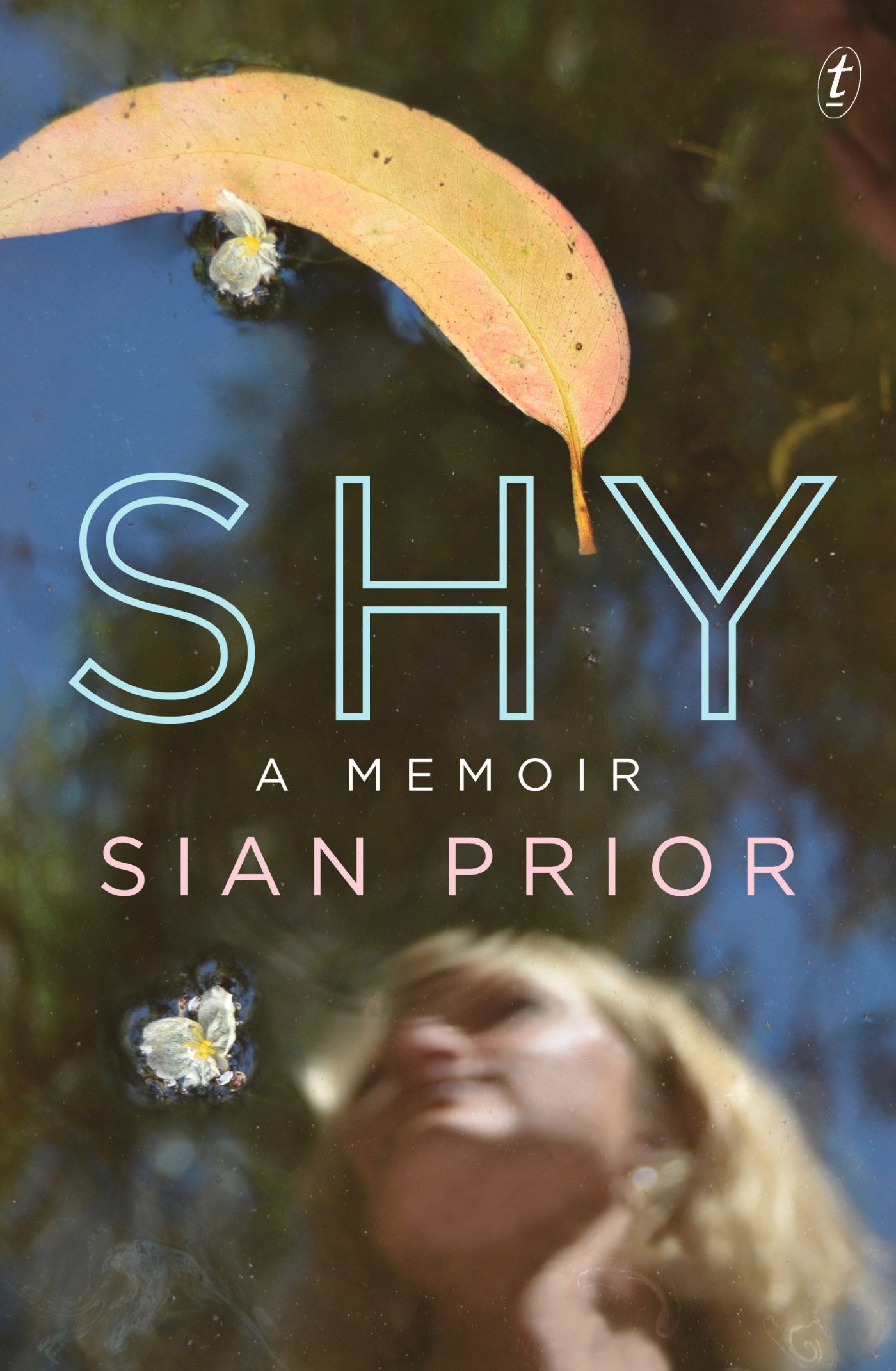 At the recent Sydney Writers’ Festival, David Marr did a wonderfully incisive interview with Christos Tsiolkas, author of Dead Europe, The Slap and, most recently, Barracuda. Throughout the session, in response to Marr’s questions, Tsiolkas took many minutes to speak, occasionally with his head in his hands as if trying to squeeze out the answers. The loud silence filled the room. But when he finally was able to seize the words, his ideas were rich in detail, nuanced, worth waiting for. Marr quipped that ‘he writes loudly and speaks quietly’.

As I waited patiently for Tsiolkas to frame himself, I realised how rare this was: the chance to see a writer composing, having the courage to be uncertain, to not reach for the quick answer, to feel, as Tsiolkas said, a ‘real sense of responsibility … to what language means’. While Tsiolkas initially saw his writing as an effective way to channel rage (against himself, against others), he also wanted to fight off the ‘bad habit’ of being nice. Marr responded: ‘But you are nice, aren’t you!’ Being a writer, and performing in public, is so often about trying to reconcile these contradictory forces.

In her memoir Shy, Sian Prior uses this perceived dualism as a literary device. She intertwines the thoughts of Shy Sian (the interior monologue of a woman whose hands shake at parties, who’s always on the periphery, who runs for cover when things get too rough) with Professional Sian (the radio announcer and interviewer; the teacher; the activist; confident in front of crowds). When Prior takes to the stage or the street, she’s always anxious her shy version will seep through, but Ms Professional usually comes to the rescue. The whole book is searching for what Prior is really afraid of. Rejection? Grief? Being alone? Vulnerabilty?

If you’re feeling shy, you’re worried about something. If you’re a persistent worrier, you’re anxious. If you’re anxious, your mind enters into a pact with your body, sending it into the world with an armoury of self-protective physical responses. Danger! The adrenaline, the sweating, the rapid breathing, all preparing your body to run. Ensuring your hands will shake but your legs will move faster when you need to take off.

Except that you’re never sure why you needed to take off so fast in the first place.

What Tsiolkas does, in those long moments of public hesitation, is let us in, share some hidden part of him. These days, there is much pressure on writers to be perfectionists in all aspects of their lives. Not only on the page but under the spotlight too. To have the right answers. To be funny. To give the audience what they want. To be entertaining. But vulnerability can be a powerful thing.

In Brene Brown’s very popular TED talk (over 15 million hits) on vulnerabilty, she interprets shame as the ‘fear of disconnection’. While Prior in her memoir may be keen to do all the research and categorisation (shyness vs introversion vs social anxiety), the residue of her writing, the success of her book, is when she meditates on loneliness and what it means to feel ashamed, to wear a mask in public — and how she tries, often unsuccessfully, to get beyond the ‘I’m not good enough’ to build relationships with others.

It’s something I’m all too familiar with. A year ago, my first novel was released. It’s about a 14-year-old girl caught between the private and public worlds. It’s about characters who fail to connect. But most of all, it’s about the grey area: those gaps between what the characters want to do and say, and what they actually manage. As the time came for the book to be released, there was the slow dawn of dread: that I would have to stand up in public and articulate. In the past I had quit jobs, taken to my bed, manipulated and evaded, to avoid exposing myself. I had stayed in my comfort zone. Behind words. A computer screen. Like Prior I had run from a party in my teens, a panic attack in the car, paralysed. I had called on Professional Kirsten many a time, to various degrees of success. But I had never stood up for myself.

It wasn’t looking good. The first call came out for radio interviews, appearances at bookshops, public readings. The fear in my guts started to bleed out. My brain quickly sought angles and innovative ways to say no. Like Prior, I was a master of the what ifs. But then it finally came to me. If I couldn’t stand up and talk about my own book, where could I go? I know! I could be cultivated as mysterious, hermit-like, Patrick White. Who was I kidding? A debut author can’t do that these days. Perhaps that was the problem. Like Prior, I was shy and mysterious — even to myself. I gave myself a pep talk. I had chosen this career as a writer. I had been lucky to be able to do it. The process, and the result, was a joy to me. It was something to share. And in the end it came down to six very small and extraordinarily powerful words: ‘Whatever I do is good enough.’ No what ifs. No buts. No calling in sick. Leave it at that.

Tara Moss’s memoir, The Fictional Woman, is a good companion piece to Shy, and shares some of Prior’s themes: how pain is written in and on the body; how others’ perceptions can be elevated above your own; how beauty can be worn as a shield; and how science, stats and semi-truths can be interweaved to make a compelling narrative. But in both these books, what it all comes down to is sharp writing. While Moss’s book is themed around common (mis)conceptions, Prior uses wonderful sleight-of-hand to draw me in and push me away: lists, short chapters, vivid description, strong characterisation, positing herself as the unreliable narrator, juxtaposing the two Sians in interviews, bold statements, wry humour, and the charm (and betrayal) of falling in and out of love:

On the computer screen we could be nutty, nuanced, nonchalant. Nothing seemed to be at stake, nothing required except to entertain each other with words. We told each other stories from our past, we compared our reactions to novels we’d read, we even offered tidbits of regret about past relationships. Writing to Tom, I felt weightless.

And in one of those early emails, when I confessed to being shy, he simply replied: As Morrissey says, shyness is nice.

A year on from releasing just_a_girl, a piece of my identity has clicked into place too. The Land of Writers is where I feel I belong. Writers are weird, shy, crazy, eloquent, bumbling, provocative, curious, fringe dwellers — and often drink too much. Just like everyone else I like, really. As I challenge myself on the festival circuit, many writers have come up to me, confessed their own fears, keen for guidance. They’re shy. They’d rather be looking on. It doesn’t come naturally to them. They want to run. I feel their pain. But I can now point to Tsiolkas and Prior and Moss. Do I think any less of them (as writers, as people?) now I see their vulnerable side? Do I judge them critically, knowing what I do? In reality, it’s exactly the opposite. What remains is enormous respect — and a desire to know more about them (as writers, as people). Just read any blog about how to cope with mental illness, how to move through grief, how to come out as an introvert (via Susan Cain), and go to the comments section. People want to see the inarticulate, the not-so-slick, the grasping for meaning; it’s what generates passion and compassion in the reader.

Sian Prior’s memoir may not be a how-to or reveal-all, but it does connect. It dares me to challenge my own perceptions, see beneath the surface, and come out the other end, shyness intact. She has a talk on shyness coming up at the Wheeler Centre tonight. I hope it’s Shy Sian rather than Professional Sian who turns up on the night.

A version of this article originally appeared at the Wheeler Centre’s daily blog.