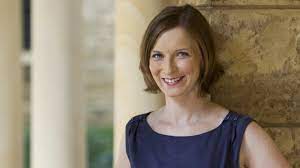 In the past couple of months, I’ve started a new series — where I review someone’s book, and they review mine — and we put them up at the same time. My idea was for it to be a kind of ‘two of us’ of books/authors, where we find the connections between our work — and our lives. The first wonderful exchange was with Walter Mason (I reviewed  Destination Cambodia: Adventures in the kingdom and he took a squiz at just_a_girl).

Just from the outset, this review is going to have *Spoilers*. There is so much exciting plot happening in Dawn’s book that I don’t want to pussyfoot around it…

I recently became familiar with Dawn Barker’s work, as part of a posse of writers in WA  (Annabel Smith, Amanda Curtin, Natasha Lester, Emma Chapman, Sara Foster, to name a few) and her book featured in Friday Night Fictions (August issue). Fractured also often featured in the Australian Women Writers Challenge, where it was a hot favourite with reviewers, and Annabel Smith did an in-depth interview with Dawn.

Reading Fractured brought up all kinds of memories. Nothing prepared me for the emotional and physical onslaught of having children. Pregnancy was tough. I spent the first three months pretty much unable to stand up due to so-called ‘morning sickness’ (god, that term doesn’t do it justice) — twice! Before the second pregnancy, I engaged in some heavy-duty magical thinking and decided that if I just wished hard enough, I surely couldn’t get that sick the next time. It was worse!

I learnt the true meaning of the term ‘shit a brick’ (constipation, OMG!) and then, just as I was starting to enjoy putting on copious amounts of weight and eating carrot cake every day, I found out I had gestational diabetes, which put me on a strict and boring regime of no sweets, rice, pasta, and involved injecting myself in my wiggly stomach each night.

After I gave birth (lucky for me, quick and straightforward: knew those dancing hips were going to come in handy at some point), I had the pinks the first time. I was joyous (verging on manic I suspect). The second time, I got the blues. I thought it would be easy peasy the second time around. No troubles with breastfeeding. Relaxed. Settling and swaddling a cinch. But no. GG decided she would not sleep unless in my arms (or my husband’s). For the first three months, due to various people pleading with us not to lie in bed with her, my husband and I alternated nights of trying to sleep half-sitting up on the couch. For the first three months, I never got more than two straight hours sleep.

I fought the definition of postnatal depression at the time because I thought ANYONE would go nuts having to endure that kind of sleep deprivation for so long (this is not to dismiss the idea of postnatal depression as a serious issue, though, for many women). It got to the point that, even when I had the chance to sleep, I just couldn’t seem to work out how.

Which brings me to Anna, the central character in Fractured. Anna doesn’t sleep either. The world leading up to getting pregnant and giving birth is shown to be one of illusion, of unrealistic expectations. Highly organised, nothing seems to go to her often rigid plan. Her birth plan is ignored. Her feelings for her baby are not the way she had hoped.

She feels isolated and cornered, unable to communicate with her husband, Tony. He leaves the house to go back to work pretty soon after she returns from hospital, not understanding that she is afraid, anxious, and on the verge. She doesn’t have the language to ask him to stay. Or to ask him (or anyone) to help. The amount of responsibility she takes on completely destroys her.

And on top of that, the reader gradually learns that Anna is contending with something equally serious. She is starting to hear voices, urging her on an increasingly paranoid and soul-destroying route. Her son is not yet six weeks old. But she cannot protect him from her thoughts.

I was familiar with postnatal depression but had never heard of postnatal psychosis. Dawn Barker is also a child psychiatrist so her insight into this condition (and Anna’s character development) is crucial. The book also takes us into some disturbing contemporary hospital practices, including giving Anna ECT without her permission — in a very short timeframe (when she’s in no position to contest the decision). The idea that this is possible, that a patient’s rights are systematically stripped when they enter hospital for care, is terrifying.

The book’s clever structure, that interweaves chronology, and various characters’ stories, means Fractured takes a while to reveal important moments, and there’s a real sense of doom and mystery surrounding Anna’s uncharacteristic behaviour. It’s a cliffhanger of a book, in every sense of the term.

It’s also a book about blame. Certain family members are quick to withdraw from Anna, unable to reconcile her actions with their definitions of acceptable boundaries to cross. Tony wrings himself dry, wondering at his own absence, his selfishness, his culpability in the desire to escape family for work.

Self-blame can be the most poisonous thing of all. Anna condemns herself for not living up to her own ideas of what a ‘perfect mother’ should be. In just_a_girl Margot, Layla’s mother, shares this black-and-white way of looking at the world. When looking at Layla, she sees her own failings reflected, rather than a child who deeply loves her and is desperately seeking her attention. By continuing with her blinkered thinking from when Layla is a baby, Margot misses out on all the good things, unable to see beyond her own limited view.

I was excited to read that one of the main influences for Dawn when writing her novel was Lionel Shriver’s We Need to Talk About Kevin. It taught her that a mainstream novel could take on highly emotive and harrowing topics. I read it when writing just_a_girl and found it changed my whole idea of character too. I realised that Margot didn’t have to be likeable but her way of thinking needed to be believable (if misguided). The way she perceives Layla is, from early stages of motherhood, influenced by the fact that she can’t breastfeed, she feels guilty, she is i
solated in the community, her husband is often away working, and her mother was no role model at all. She crucifies herself rather than acknowledging that it’s damn hard.

It’s also good to get a husband’s insight in Fractured. Dawn’s third-person narrative means she can fly in and out of all the characters’ lives, exposing their dreams and perceived failings. I can only imagine how hard it is, too, for the significant other like Tony who get no sleep, haul themselves off to work, feeling guilty at the sight of mum looking so exhausted and fragile (but hey, the experience is not like this for everyone, I hope!). I remember my husband leaving our house for his first day of work after my second child (at six weeks), and pleading with him to stay. Still operating on no sleep, I breastfed my daughter in tears for an hour, as my two-year-old son ran rings around us, asking for all the things he knew I couldn’t provide with a baby latched on; I had no idea how I would get through the day, and all the ones after that. In the end I called my best friend and she turned up, all action-stations, made lunch, sat me outside, told me everyone felt like that (in a sympathetic way), and those feelings drifted off for a while and I saw that I just had to get through it a bit at a time.

The death of a child remains a taboo topic. It’s not something people want to contemplate, let alone talk about. But this book opens up the subject for debate. The reader is constantly being forced to confront their own questions of morality, wavering backwards and forwards, and it’s a mark of Dawn’s skill as a writer that we can condemn and be sympathetic to Anna at the same time, asking: at just what point, is she ultimately responsible for her own behaviour?

You can read Dawn Barker’s review of just_a_girl here. I’m very curious to see what a child psychiatrist thinks of Layla!

If you’ve read Fractured, I’d love to hear your thoughts. Were you familiar with postnatal psychosis? Any other novels dealing with this issue, or postnatal depression? If you’d like to ask Dawn any questions, fire away! I’m sure she’d be keen to answer them.